Belize with its many beautiful destinations and numerous tourist attractions boasts some of the best landmarks definitely worth visiting. TripAdvisor has once again put our little country Belize in the spotlight as they named their Top 25 Landmarks for Central America. Belize not only claimed one of the 25 spots on this chart but a whopping 4! And we at Belizean Dreams are so proud for Belize’s recognition in this category, especially knowing that our extensive tour options included in our all inclusive packages are popular!

Belize is home to a number of well-known and historical Mayan ruins dating as far back as the Pre-Classic Period (2000 BCE-200 CE). Because our historical landmarks are such an integral part of Belize’s history, here we share a few facts about these world-renowned sites.

Voted #4 – Caracol Mayan Ruin
Located deep within the Chiquibul Forest Reserve of western Belize, named after the Spanish word for “snail” and lying on a high plateau of 500m above sea level, Caracol is the largest known Mayan site in Belize covering about 75 square miles.

The site was discovered in 1938 by Rosa Mai, a logger looking for mahogany. Caana (sky palace), the main pyramid at Caracol remains the tallest building in modern Belize with a height of approximately 141 feet. 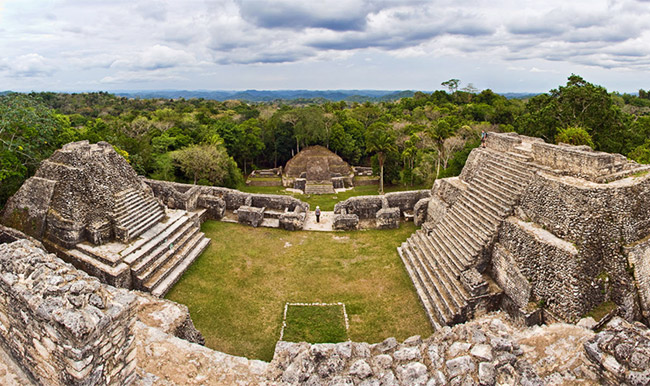 Voted #7 – Xunantunich Mayan Ruin(pronounced shu-nan-tu-nitch)
Located just a short ride in a hand cranked ferry, across the Mopan River, in the village of San Jose Succotz, named after the Mayan word “Stone Woman” or “Maiden of the Rocks,” lies Xunantunich.

This Mayan structure dates back to about 600-670 AD with the core of the site covering only 300 square meters with several plazas and a large selection of classic period structures. El Castillo the second tallest building in Belize extending 130 feet high and containing two temples. Those ambitious enough to hike to the top of this pyramid are rewarded with panoramic views of our jewel Belize. The lower temple is famous for the large stucco frieze – a mask with larger ears most likely representing the sun God. Next to the mask, there is a moon symbol with a border of signs representing Venus. 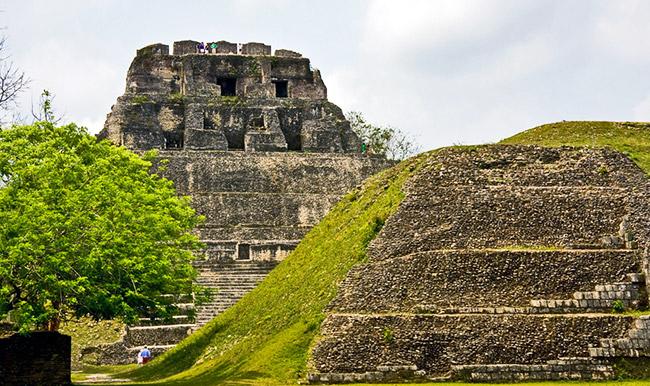 Voted # 8 – Lamanai Maya Ruin
Located on the banks of the New River Lagoon, Lamanai or “Submerged Crocodile” is rightfully named as several crocodile motifs can be seen at the site. Lamanai’s site core extends about 12 square miles and is one of the largest ceremonial sites in Belize.

Lamanai has the most notable Jaguar Mask on the high temple. 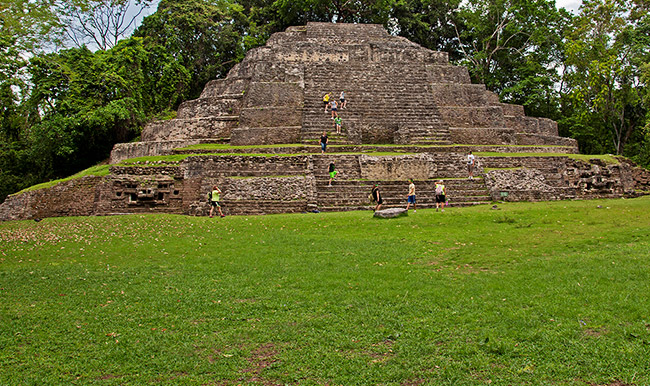 Voted # 14 – Cahal Pech Mayan Ruin
Located just outside San Ignacio Town on an imposing hill overlooking the twin towns of San Ignacio and Santa Elena. Cahal Pech or “Place of Ticks” consists of over 30 structures located around several courtyards, including temples. The tallest structure stands 77 feet high. The site dates back to about 1200 BC making it one of the earliest Mayan sites in Belize. 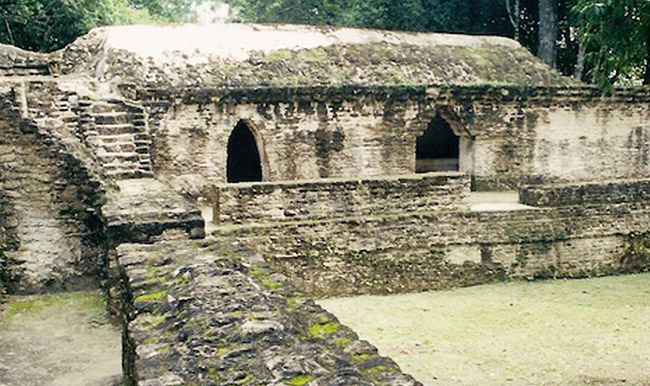 These are just a few of the many Mayan Ruins Belize has to offer and you too can explore the ancient world of our Mayan ancestors with our Mayan Ruin Adventures.

Contact us to find out more about visiting one of the Maya Ruins in Belize. To see all of the top 25 landmarks of Central America click here.