It is quite widely known that the whale shark is the largest fish in the world, and one of the largest creatures of any kind alive today. The largest confirmed specimen had a length of 41.50 Ft. and a weight of more than 47,000 lbs! But, there are unconfirmed reports of considerably larger whale sharks, over 46 Ft. long and weighing at least 66,000 lbs, living in the deep blue today! The whale shark is the sole member of the genus Rhincodon and the family, Rhincodontidae (called Rhiniodon and Rhinodontidae before 1984), which belongs to the subclass Elasmobranchii in the class Chondrichthyes. The species originated about 60 million years ago. The whale shark is found in tropical and warm oceans and lives in the open sea with a lifespan of about 70 years. Belize is blessed to be a temporary home to many migratory whale sharks. 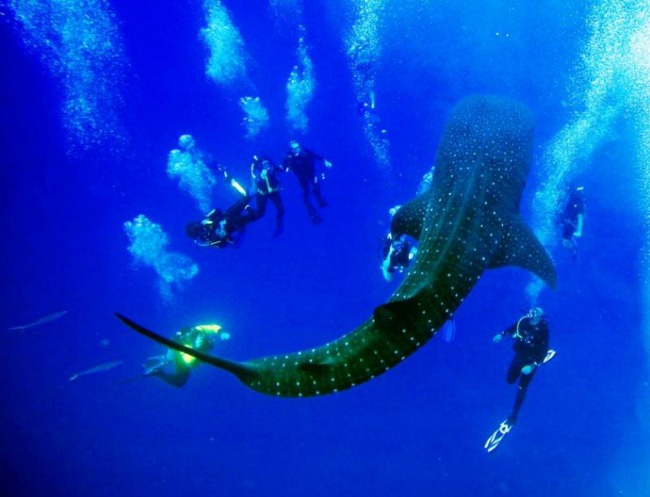 Hopkins, Belize, also home to Belizean Dreams Resort, is one of the most popular areas to spot these amazing sea creatures. They congregate in a marine park called Gladden Spit, a protected area not far off shore. The Gladden Spit area is known to host large concentrations of whale sharks since they roam up and down the 26 mile long stretch during the months of March – June.

WHEN CAN YOU SPOT THEM? 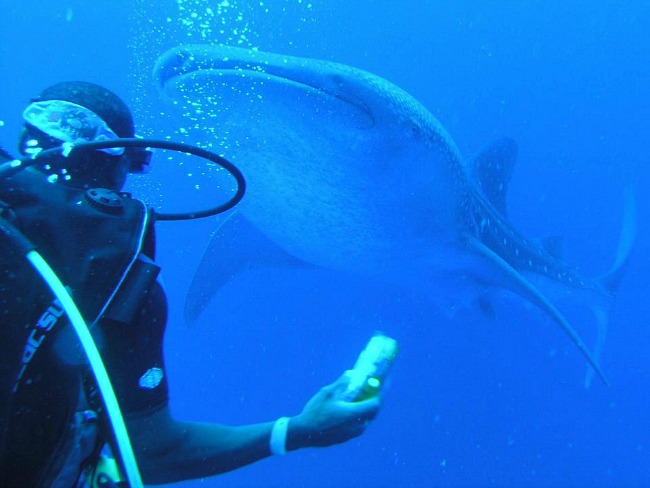 Whale Sharks arrive during the months of March, April, May and June. Although 3 to 4 days, before and after the full and new moons, in April and May are the best times to interact with the sharks. During this time the Mutton and Dog Snappers are spawning (they release millions of fish eggs) and this attracts the Whale Sharks every year, since they ingest the spawn as food. At times, they are sighted through the summer months as well. Unfortunately, since whale sharks are night feeders, there really are no guarantees as to when they show up. This means seeing a whale shark on every dive is not a guarantee, so it’s advisable to book a couple of days for this dive. 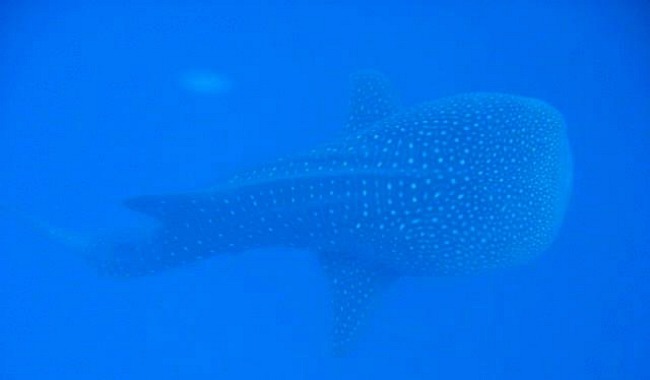 One thing is for sure, you will still witness an incredible sight on your dives! You may see schools of other fish, like horse eye jacks, cervalle jacks, mutton and dog snappers, gathering in huge schools to spawn. Other sightings that are quite common are bull sharks, dolphins, turtles, mantas, and the occasional game fish like wahoos and kings. This is indeed an incredible spawning event!

HOW CAN YOU GET TO GLADDEN SPLIT?

Gladden Spit can be reached by day trips from Hopkins, through our Resort.

This year we have some early cases of the “munchies” since there has already been a spotting of Whale Sharks in Belize! They weren’t predicted to show up until the start dates for spotting on March 4th – March 15th, due to a Full Moon on March 5.

OTHER WHALE SHARK DATES FOR 2015 ARE AS FOLLOWS:

Try your luck this year at spotting the largest fish in the world on our Whale Shark Dive Tours that take you to either dive, or snorkel, with these very large aquatic creatures.

Still unsure? Check out this video.