Every November 19, the entire nation of Belize turns out to celebrate Garifuna Settlement Day.

The holiday commemorates the dramatic dawn arrival of the Garifuna on the beaches of Belize over 200 years ago. The Garifuna are a unique culture formed when shipwrecked Africans intermarried with Caribbean islanders on St. Vincent some 400 years ago. After clashing with French and British colonial forces, the Garifuna (also sometimes called “Black Caribs”) were forced to flee westward, ultimately arriving in dugout canoes in Belize in 1802.

Today, the Garifuna make up just around four percent of the population of Belize, but their influence is felt nationwide. The Garifuna have preserved ancient traditions of language, music, and drumming which can be found nowhere else. Indeed, the United Nations honored the Garifuna in 2001 by declaring their music, dance, and language to be a masterpiece of the intangible heritage of humanity. Some 600,000 Garifuna live around the world, primarily in Belize, Honduras, Guatemala, Nicaragua, and Puerto Rico.

In Belize, Garifuna Settlement Day is a time of feasting on traditional Garifuna foods like cassava bread (called “ereba”), conch soup, hudut (a coconut stew with fish and plantains), and darasa (banana tamales).

Garifuna Settlement Day is also when lively street parades are held, especially in majority Garifuna areas like Dangriga, Punta Gorda, Seine Bight (on the Placencia Peninsula), and Hopkins. The Garifuna have had an outsized influence on music in Belize, including inventing genres such as punta, punta rock, and paranda. Traditional instruments include drums (two small drums and one big drum) and maracas. 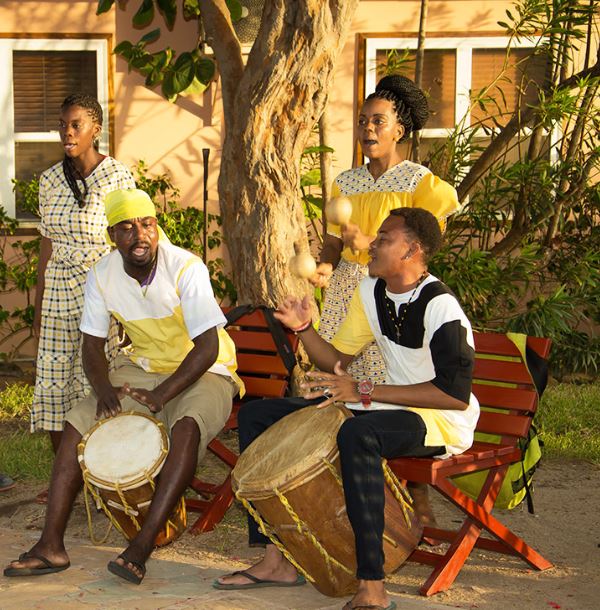 Getting to Belize to meet the Garifuna is now easier than ever as five American airlines, two Canadian airlines, and Aeromexico all now fly non-stop to Belize (airport code: BZE). And if you can’t make it to Belize for Garifuna Settlement Day in November, you can also come during the Christmas season or in 2019 as Belize continues to get favorable recommendations from respected publications like Lonely Planet, Fodors, and GQ Magazine.

If you’d like to learn more about the Garifuna culture, there’s no better place to stay than Belizean Dreams, a luxury beachside resort located in Hopkins Village, one of the most important Garifuna centers in the country.

Every Saturday in November 2018, our guests are invited to join an exceptional celebration of the Garifuna culture as part of the annual Garifuna Settlement month. These events allow you to sample a slice of this rich and vibrant culture complete with unique cultural cuisine, live drumming, native singing and dance lessons at no extra cost.